The annual Bakala Foundation Scholarship Program, now in its 11th year, has received 244 applications in 2020 from young people interested in receiving financial aid to study abroad.

“The number of applications is slightly higher than last year, which was a pleasant surprise for us. We are extremely glad that students have not been discouraged from applying because of Brexit or the global pandemic, and that they continue to follow their dreams,” says Václav Pecha, the Bakala Foundation’s director.

Despite Brexit, students continue to express the same, high level of interest in British universities as in previous years. Many students have applied to more than one educational institution, with the majority aspiring to study at the universities in Oxford, Edinburgh, and Cambridge, or at University College London, King’s College London, The London School of Economics and Political Science, and Imperial College London. Schools in the USA, specifically Stanford University and Columbia University, remain the second most popular choice among applicants. For students choosing to remain in Europe, the most common choice is the University of Amsterdam, followed by ETH Zürich, and Sciences Po in Paris.

Forty-two percent of this year’s applicants expressed interest in studying social sciences, while 25 percent hope to pursue coursework in the natural sciences. Compared to 2019, the number of applicants interested in studying the arts or technical fields such as architecture, engineering, or computer science has slightly increased.

This year’s applicants included 129 women and 115 men, of which 172 are seeking to complete a bachelor’s degree and 72 are aiming for a master’s. The applicants come from secondary schools and universities throughout the Czech Republic. We received 106 applications from students in Prague, 29 applications from students in the Central Bohemian Region, 29 from the Moravian-Silesian Region, and at least one application from each of the remaining regions of the Czech Republic. Approximately one-third of this year’s applicants had unsuccessfully applied for the Bakala Foundation’s scholarship in the past, but they were not deterred from reapplying. Of our 155 scholars to date, there are several who did not succeed on their first attempt.

The winners of the Scholarship Program are chosen on the basis of a two-round selection process. In the first round, an eight-member expert committee evaluates all of the applications. A small group of students is then invited to a series of personal interviews with the selection committee as part of the second round.

The winners of this year’s program will be announced in September. We will provide financial support to all of the winners as they pursue a bachelor’s or master’s degree at the foreign university of their choosing.

In 2019, we received 235 applications for the Scholarship Program and gave financial aid to 17 students, most of whom are already studying at the school of their choice. Two are scheduled to begin their studies in the fall.

Click here to find out more about our Scholarship Program. 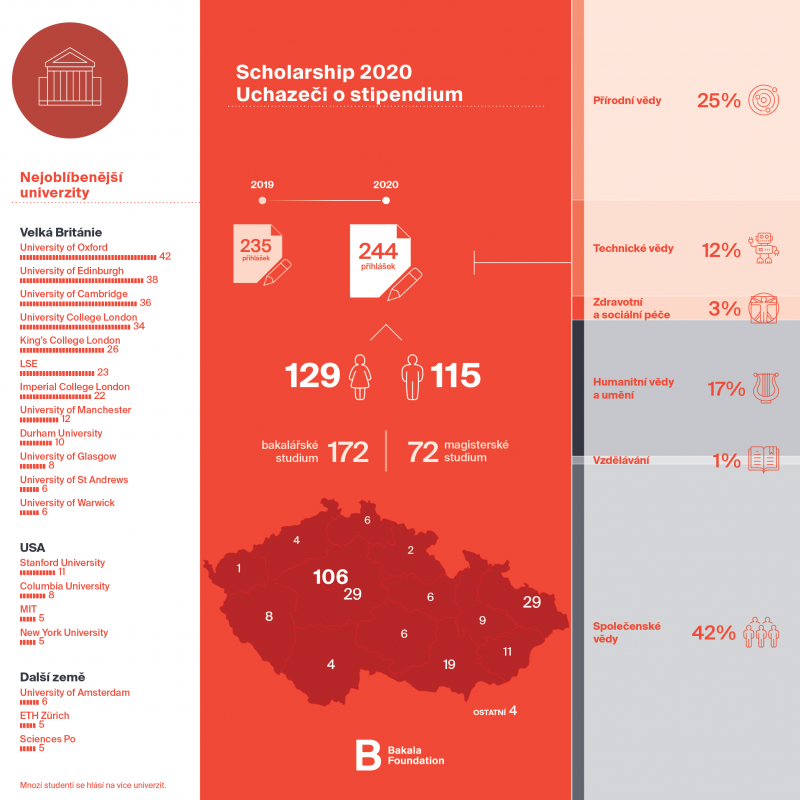