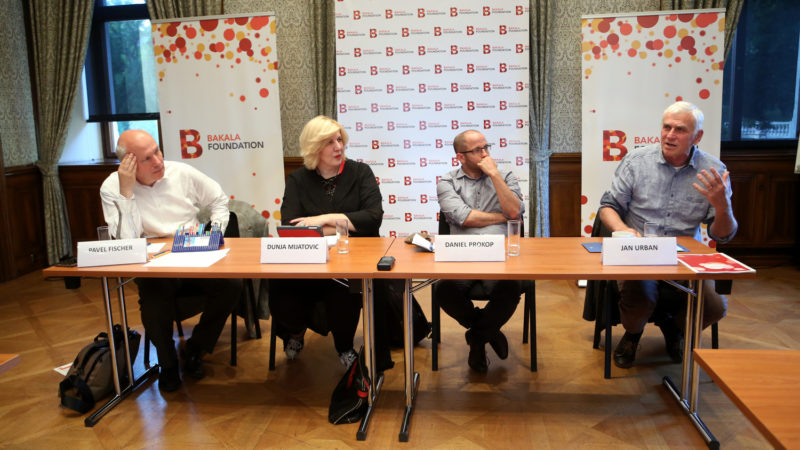 August 8, 2017: What are the challenges of journalism in the 21st century? Where is the border line between populism and persuasion? How do media deal with populism? Former Representative on Freedom of the Media for the OSCE Dunja Mijatović, journalist and lecturer Jan Urban, and sociologist Daniel Prokop addressed these as well as many other questions during a panel discussion moderated by another sociologist Pavel Fischer. The panel has agreed that media must stay true to their very basic and most important purpose – bringing true and correct information and point out lies and propaganda. The panelists have stressed the growing divide between the common people and elites, where media are often considered part of the elite. This societal divide is one of the reasons behind the growing distrust in major media and attacks on their journalists. It is the true purpose of the media to report truth in the time of global social media when any one person can spread any information they like.