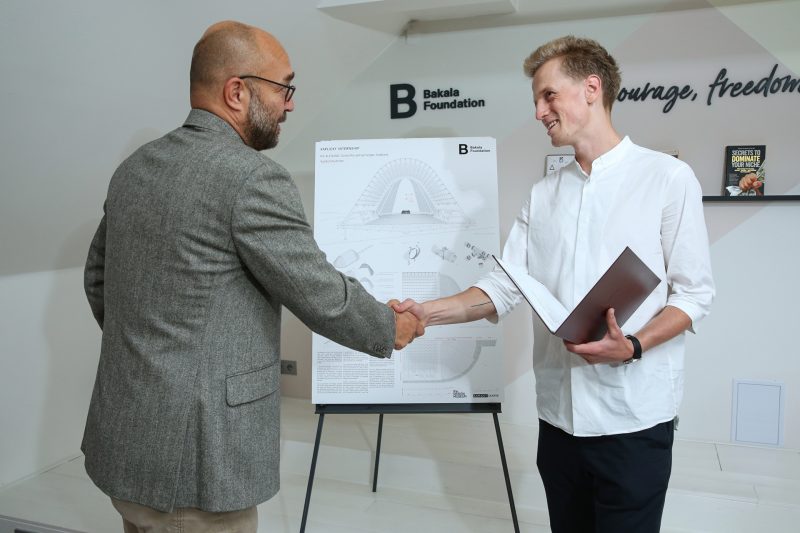 The winner of the sixth annual Kaplicky Internship for young architects is Vojtěch Rudorfer, a recent graduate of the Faculty of Architecture at the Czech Technical University (CTU) in Prague. Rudorfer’s winning entry was his design of a hangar for a research airship in Svalbard, Norway, and he now has the opportunity to complete a three-month, paid internship at David Chipperfield Architects in London. The competition, named in honor of the architect Jan Kaplický, is organized by the Bakala Foundation in cooperation with the Design Museum in London and the Kaplicky Centre Foundation.

This year, 47 students and recent graduates of architectural disciplines at Czech universities applied for the foundation’s Kaplicky Internship. The seven best projects moved on to the second round in late-September, when an international expert jury evaluated the short-listed designs. The jury included Ines Gavelli and Matt Ball, both from David Chipperfield Architects; Deyan Sudjic, former long-time director of the Design Museum in London; Michal Kohout, architect and university professor; Regina Loukotová, rector of the Architectural Institute in Prague; and Petra Ross, winner of the 2016 Kaplicky Internship. In addition, Eliška Kaplický Fuchsová is an honorary member of the jury. Due to the COVID-19 pandemic, the presentation of this year’s projects took place online.

The design for the hangar was Rudorfer’s thesis project, which he prepared at the studio headed by Mirko Baum and Vojtěch Hybler. He designed the airship hangar, including scientific and technical facilities, for the Norwegian town of Ny-Ålesund in Svalbard, which is home to one of the northernmost and most important polar research stations. For his project, he had to take into account extreme Arctic conditions, and the jury valued how well-thought out and detailed the design is. 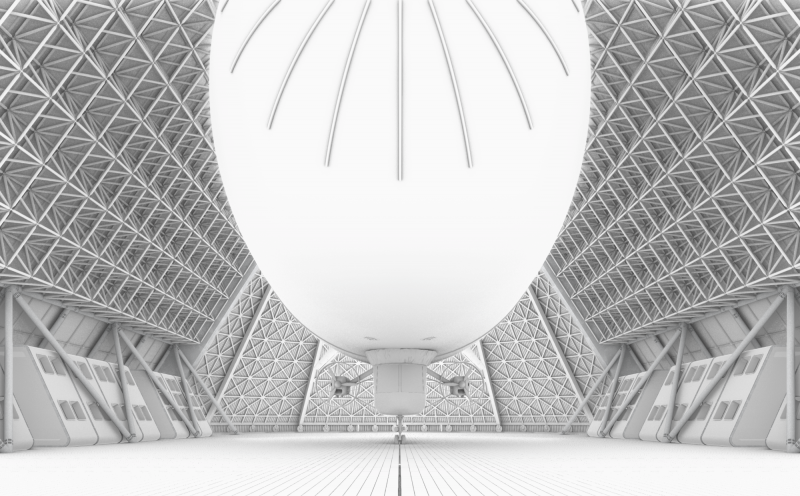 “It was a pleasure to listen to Vojtěch present his project for an airship hangar in Ny-Ålesund, Norway. Vojtěch undertook his project with a spirit of research and collaboration befitting a very specific program, which seeks to help harness a sustainable future,” said Matt Ball, Associate Director at David Chipperfield Architects, in his evaluation of the winning project. “The project was thorough, precisely executed and presented in a very simple and elegant way, making it altogether a very sophisticated proposal.”

During his studies at the CTU Faculty of Architecture, Rudorfer led the Association of Architecture Students. Earlier this year, his project for the Lannovo Embankment won the “Unique Constructions for Complicated Locations” student competition. As a result, he was granted an internship with Czech architect Josef Pleskot. Rudorfer’s success continues with the chance to intern at David Chipperfield Architects.

“It’s wonderful to see this program, now six years old, grow in stature every year. It has involved so many of London’s most interesting architectural practices, working with the Czech Republic’s most gifted architecture graduates,” says Deyan Sudjic, a permanent member of the expert jury. Regarding this year’s competition, he adds, “This has been a particularly interesting range of contenders. Jan Kaplický would have been proud of them.”

For more about the Kaplicky Internship program, click here

CTU Students and Graduates Excel in This Year’s Competition

Six of the seven finalists in the 2020 Kaplicky Internship competition were students or graduates of the CTU Faculty of Architecture. Ludmila Haluzíková submitted her project for “Vague Prague”, in which she explores the phenomenon of vague terrain in the Czech capital. Šimon Kos prepared a design for a new, volunteer firefighting station in Vaduz, Liechtenstein. Matěj Kováčik presented his design for a public spa and swimming pool on the Smíchov bank of the Vltava. Kristýna Pokojová submitted her design for the revitalization of a river island in Beroun, which she transformed into an oasis of culture and sports. Anna Vopařilová created a design for a new residential complex next to Prague’s Grébovka Park. Only one finalist was from a different school – Marek Svoboda, graduate of the Faculty of Architecture at the Brno University of Technology, submitted his design for the transformation of a late nineteenth-century building in Brno into a public spa.