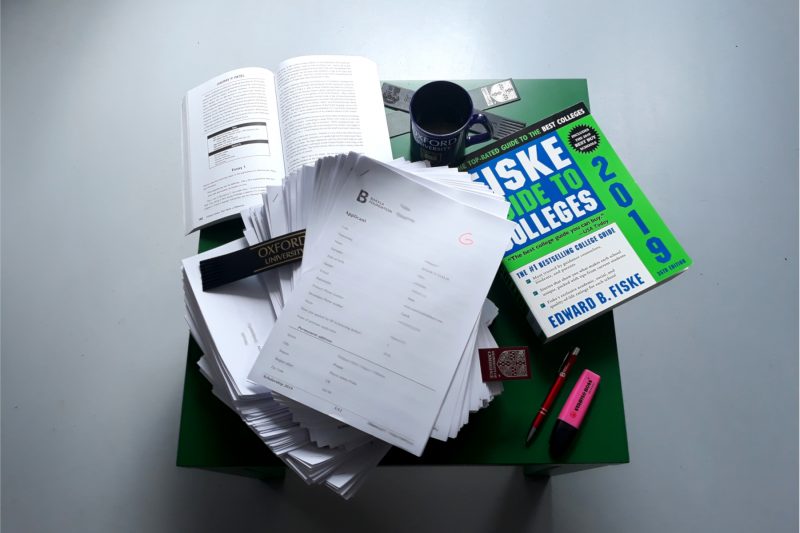 At the close of the submission period for the 10th annual Bakala Foundation Scholarship Program, we received a total of 235 valid applications, an increase in 35 from the previous year. Most applicants are seeking financial aid to study at universities in the United Kingdom, including 41 students for University College London and 40 for the University of Cambridge. Other popular institutions include the University of Edinburgh and Oxford University.

While interest in British universities has been increasing every year, interest in studying in the United States has been declining. Still, the US remains the second-most popular destination among students; the top three US schools this year are Stanford University (12), Harvard University (11), and Columbia University (10). Popular subjects in both countries include the social sciences, business and law (44%), followed by the natural sciences (28%) and the humanities and arts (15%).

In total, 129 women and 106 men submitted applications. Of those, 152 are aiming for a bachelor’s degree and 83 for a master’s degree. As in past years, the majority (135) are from Prague and the Central Bohemian region, while the remaining 100 applicants are from other regions, including the South Moravian and Moravian-Silesian regions, as well as Czechs living abroad.

At this time, the first round of the selection process is underway, and an eight-member committee is reading through the applications, which together total more than 2,000 pages. The committee will select finalists who will be notified at the beginning of August and invited to the second round. Then, on September 11–12, scholars will be chosen following in-person interviews. To date, the Scholarship Program has supported the education of 137 talented young people.

For more information about the Scholarship Program, click here. 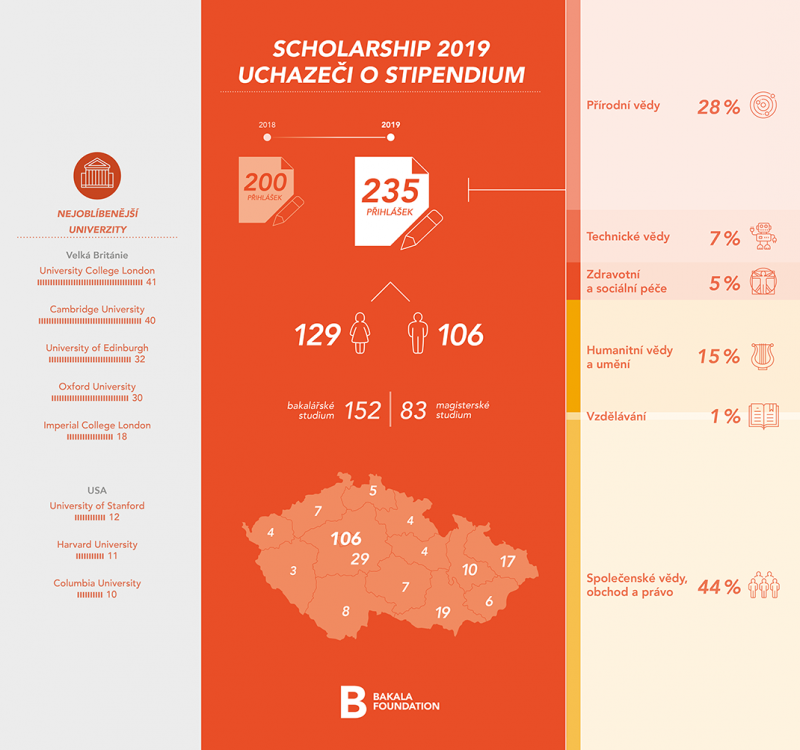